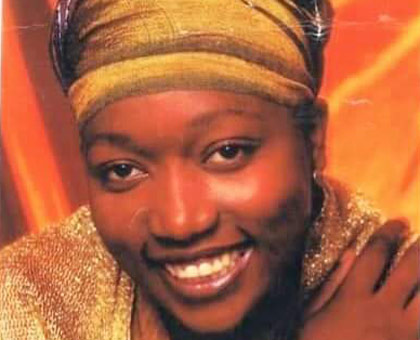 Over two decades ago out of the green hills of Debre Zeit (Mount of Olives), Gordon Town Road, Kingston 6, Jamaica emerged three bold and beautifully bonded sisters – Keteis, Juliet and Semra – as the roots and culture reggae group the Rastarenes.

They were in their mid-teens and early twenties when they began singing in their church choir and at community events in Jamaica. Born and brought up in the Ethiopian Orthodox Tewahedo Faith, they sing in Ge’ez, Amharic and English. The lead singer, Keteis started recording lead vocals with the Rastarenes when she was 16 years old. Their first song “Freedom fighter” was done at Tuff Gong Studios under the auspices of Rita Marley, who was one of their early mentors. Some of their other earlier songs were “Selam Ena Fikir” (Peace and Love) and “Atilaleh” (purification). Later on, some of the Rastarenes more popular songs were “Firm and Strong”, “Working” and “Scribes an Pharisees”. For the Rastarenes, music is for spiritual healing.

The migration of two of the members of the Rastarenes led Keteis Oyonde, based in Kingston Jamaica, to go solo. The other vocalists still sing harmony with her from time to time when it is feasible. Keteis released a single called “In The Name Of Life” which got frequent airplay in Jamaica and internationally. She keeps active songwriting, recording and performing. For Keteis, singing is more than just entertainment. With true original, organic sounds and vibrations, Keteis’s music aims to heal, teach and inspire her listeners. Singing as an artist is a mission for which Keteis has been called by the Most High. Please check out some of her songs on the following links:

You Keep Me Strong
https://www.youtube.com/watch?v=CJjT2rY-KRU

In 2005, Keteis started touring and doing one off shows in the United States in markets on the east coast such as New Rochelle, NY, Manhattan and Washington DC. In Jamaica, she performed on shows such as Rebel Salute, Bob Marley Annual Tributes, Everton Blender Birthday Celebration, The Dennis Brown and Augustus Pablo Tributes, Satta Massagana, Garnet Silk Earthday Celebrations, Western Consciousness, Fire 2000, A St. Mary Mi Come From, International Reggae Day celebrations, Melkam Lidet and The Rastafari Rootzfest among others. Later on she performed in the US from the east to the west coast. She graced the stages of Ashkenaz and the Cornerstone in Berkeley, CA on the Peter Tosh Birthday Celebrations, at the World Beat Center in San Diego, CA on the Tribute to the Legends Festival, at Swabbies in Sacramento, CA, at the Satalla Club in Manhattan, NY, at the Dub Club in Los Angeles, CA, at the Dew Drop Inn in Auburn, CA, at Morgan’s Harbor in Washington DC, amongst others. Keteis’s charismatic, energetic performances consistently leave her audiences asking for more. She looks forward to spreading out and performing in other parts of the world including Africa.

A Journalist from Vibe Magazine in 2001 witnessed the Rastarenes on Rebel Salute and said “The Rastarenes show that Queens don’t always have to show skin to prove that they have skills”.

In production, Keteis has done work with the California based label Rally Up Music with whom she has recorded “You Keep Me Strong”, “Praises”, “No Phone”, “Coronation” and “Only”. During the recent covid time, Keteis released the singles, “Clean Food”, “Natural High” and “Worship Jah With Fear”.

Keteis Oyonde is that voice, that message that the world needs to hear. Her captivating performances have been getting raving reviews. Now is the time, as Keteis continues on her mission as an ambassador for the Most High. She is an Empress with healing words and vibrations. She is on a mission. She has an Afrikan Soul. She is pure energy. Keteis Oyonde is prepared to take reggae music to the four corners of the earth.

“Let righteousness, cover the earth, as the waters cover the sea.”