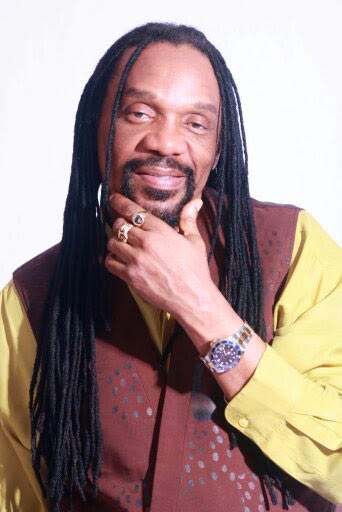 The musical career of Glen Washington, singer, songwriter and drummer, personifies the cliché “The race is not for the swift, but for those who can endure.” The success of Glen Washington’s career has been 25 years in the making. Like most Jamaican artists, Washington evolved from humble beginnings. Born in the parish of Clarendon, Jamaica he is currently one of the most in demand artist in reggae music. This has come after many years of recording and waiting in the wings. His first hit singles Rockers Nu Crackers and Suzzie were released in 1976. In 1997, he released his debut album Brother To Brother. Washington collaborates with the biggest labels such as Studio One, VP, Penthouse, Life Jah, Sly & Robbie, Stingray, etc. for which he has recorded many albums and hundreds of singles. He is a very prolific artist and the author of numerous hits such as “Consider me”, “Serious Time”, “One Of These Days”, “Jah Glory”, “Wages of Sin”. Fans and critics alike say there is not one bad song in his catalog.

Washington began his musical career in the early seventies as the lead singer for the group Names and Faces. He later became the lead singer in a band called 35 Incorporated. He learned to play the drums under the guidance of Joseph Hill who was then a drummer. When Hill left the band, Washington filled the slot and became a singing drummer.

There are many positive lessons of encouragement and motivation to learn from Washington’s history. His musical career is reminiscent of Boris Gardener, singer, bass player and bandleader who after 25 years in the music industry recorded the golden “I Wanna Wake Up With You.” In the same vein, it was thirty years after recording the classic “Black Magic Woman” that Santana went on to sweep the 2000 Grammy awards for the gigantic hit “Maria Maria”. Similarly, Washington recorded his first hit song “Rockers Not Crackers” in 1978 for the Joe Gibbs Record label but he did not grace the charts again until the release of his hit Kindness For Weakness in 1998. Most music industry insiders would say that after 20 years in the business, it’s unlikely that an artist would release his biggest hit, but it has been proven again and again how speculative this business is.

Over the years, Washington has recorded extensively as a singer and also as a drummer. Simultaneously, Washington was a full-time drummer and sometimes a singer in multiple groups such as The Avengers, The Titans, and Happiness Unlimited. With Happiness Unlimited he migrated to the USA to work with Stevie Wonder. The other Bands he played with are Calabash and backing bands that backed artists such as Leroy Sibbles, Shine-head, Junior Reid, Gregory Isaac’s, Sister Carol and the Meditations.

In 1997 Washington put more focus on his singing career by doing some recording sessions for Studio One’s famed Producer Clement Dodd. It was deejay-vu all over again with the release of Washington’s awesome debut album “Brother to Brother”. The Studio One sound had launched another great artist’s career. A year later, while recording for the producers Lloyd Campbell & Jason Sterling, Washington came with a classic album “Next To You.” This album was marketed by VP Records and featured the hit song “Kindness for Weakness”. All the tracks on this album are considered single material. As Washington’s singing career started to catch he said, “as a drummer backing other artists, I have toured the world, playing in countries like Japan, North, South and Central America, all over Europe and all the Caribbean Islands. Now I am repeating those trips as the featured artist, and it’s a great feeling to see thousands of fans coming out for my performances.”

Glen Washington’s smooth, raspy, bass voice has often been likened to that of Beres Hammond. Washington says, “Beres is one of my favorite entertainers, so I regard it as a compliment to be compared with him.” With the release of over forty singles and eleven albums in four years, Washington established himself as not only a singer but, also as a gifted songwriter. Other albums released by Washington are “Can’t You See” produced by Jah Life Records; “Think About It” for Philip Smart; “Number One Girl” produced by Lloyd Campbell &
Jason Sterling, “Solitary Red Rose” for Ruff Stuff; “Can’t Keep A Good Man Down” for Don One; “Wondering Stranger” for Coxone Dodd, “ Reggae Max” for Jet Star, “Free Up The Vibes” for Stingray and “Your Love” Lloyd Campbell & Jason Sterling, his 2005 release on VP Records titled “Wanna Be Loved” and Glen Washington Most Wanted 2011 release by VP Records.

With a great management team and a busy schedule, Glen Washington’s demand is now greater than ever before. He continues to improve and get sweeter and sweeter to please his growing fan base who are enjoying the message he carries.