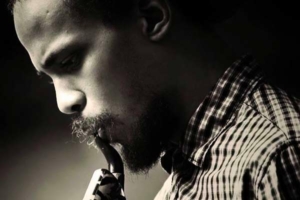 Addis Pablo, son of the legendary Augustus Pablo, is carrying on the torch from his father. Addis is a 26 year old lead instrumentalist who continues the musical tradition of his beloved father playing the melodica and keyboards in both the Roots Rock Reggae style as well as a modern somewhat new age production sound. Addis and his business partner Jamal Ras Jammy Layne formed the Suns of Dub, a multi-faceted label, performing act and production company. Together they have been keeping the music works moving.

In the Summer of 2013 Addis Pablo performed on many of the major Reggae festivals in Europe. He performed on the Garance Reggae Festival in France paying tribute to Original Rockers Jacob Miller with his band Inner Circle. He also performed in Europe as a sound system duo with Ras Jammy in a style stemming from the Rockers International sound system started by Augustus Pablo, Addis’s father. He also performed as a solo artiste backed by bands such as Inner Circle , Mafia and Fluxy and the Roots Band (Hip HopÂ­). On the sound system shows his brother Jammy would select classic Rockers instrumentals while Addis would improvise melodies and original songs over the rhythms with his melodica.

Addis released his debut album In My Fathers House in early 2014 to great reviews due to the theme artwork and sound produced by a Netherlands based Label Jah Solid Rock. The album consisted of Addis playing his melodica on classic Roots Reggae Rhythms in the tradition of his father Augustus Pablo. In My Fathers House helped to solidify Addis’s presence on the reggae scene. The album sold over 5,000 copies, which is a great accomplishment for a young artiste in these times when, due to the internet, CD’s in general don’t sell many copies.

In the fall of 2014 Addis and Jammy went to Japan as the Suns of Dub featuring the vocalist Jah Bami. The tour, which featured the Suns of Dub in a sound system style, was well received by many of his father Augustus Pablo’s old fans.

In Nov 2015 The Suns of Dub are slated to release a new album called Far East Dub featuring live roots rock reggae instrumentals produced and mixed by Ras Jammy featuring Addis on meloidca and lead vocals by Jah Bami. It is a great blessing for the world that this beloved prolific artist Augustus Pablo’s son is carrying on his legacy with such a fullness. We couldn’t ask for more. We have to be exceedingly thankful to the Almighty for this extreme mercy.