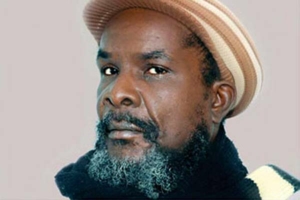 The reggae revolutionary, Pablo Moses, is slated to tour the Western U.S. again this summer. He did a successful west coast tour February ’09 with his Revolutionary Dream Band, and another tour in August 09. He and his band did the Bob Marley Day shows in Tijuana, Mexico and San Diego, CA, and from there, they worked their way north through northern California and up into Oregon and Washington. Pablo then toured Europe two times, doing the festivals there, before returning to the U.S. where his did the Northwest World Reggaefest amongst other western U.S. dates. Pablo has a new CD currently being released worldwide.

Pablo is a powerful live performer with a relative message. He continues to study and educate himself on the true realities of the world around him. His music shares his penetrating vision of these realities, and helps to open the minds of the people. Pablo shares with his listeners an alternative education to that given in the schools. His message is serious in bringing to light the corruption of the system, and in upholding a higher standard of social living. His musical arrangements are intricate and dramatically executed. His catalogue is extensive.

Pablo Moses, born in Jamaica as Pableto Henry, released his first album in 1975, Revolutionary Dream, issued in the United States by UA Records as, I love I Bring “ A university trained poet,” according to the Village Voiced Carol Cooper, Moses articulated his Rastafarian ideology with unprecedented political frankness in a high pitched, horn-like voice over rhythms and harmonies laid down by keyboardist/ producer Geoffrey Chung. Signing with Mango Records, Moses collaborated with Chung five years later to produce his follow up, 1980’s A Song, a subtle answer to the fire of his debut release. In 1981, Pablo Moses issued his third album, entitled Pave The Way.

By then, Moses had amassed a strong following in Jamaica, Europe, North America and Japan. Moses’ Rastafarian themes, the crusade against injustice, inequality, greed, racism, war, and the pillage of nature were and are universal in their scope.

In 1983, Moses signed with Alligator Records to release In The Future. amplifying his political and social message with rock stylistics and the use of electronic instrumentation like the synthesizer and vocader. Moses expanded and deepened his sound and rhetoric with 1985’s Tension and 1987’s Live to Love. We Refuse, released in 1990, was a lyrical response to the political climate of the eighty’s seen as “good times”: by those who’ve closed their eyes to the underlying realities of poverty and racism, now unraveling in the ’90s. “In this album” says Moses,” I say what I ‘ve said all along, only in a modified mood, more straightforward. I refuse the Babylonian ways of society, the bully-istic attitudes. Jah made everyone with different cultures and colors just as he made different types of birds and plants for beautification.” Musically, this album represents Pablo Moses’ attempt to reach out to the “now generation” of younger reggae fans who’ve grown up listening to the dancehall style. Says Moses, “I try to adapt to changing styles of music. I’m trying to reach the dancehall crowd, not just with the beat, but with a message that is cultural and sociologically connected, with songs like Bad Boy and Charlie. We refuse also features Love is a Thing, which features a duet between Moses and his young daughter Tashe. There are also the hit songs, Under Your Spell and In South Africa. We Refuse was produced by Pablo Moses and premier reggae keyboardist Robbie Lyn, and mixed by Steven Stanley and Geoffrey Chung.

In 1993, Pablo signed with Musicdisc of France to produce The Confession of a Rastaman, which was inthe same vein as Revolutionary Dream, A Song and Pave The Way. After that, emerged the album Mission, one of Pablo’s best works since Revolutionary Dream. These albums were produced by Pablo Moses and Clive Hunt.

During Pablo’s association with Musicdisc, Pablo also released a compilation by the name of The Best of Pablo Moses with songs from Live to Love, Tension, In the Future and We Refuse. There was also a re- release of Revolutionary Dream in Europe, and simultaneously in North America by Shanachie Records. In 1997 Pablo re- released In the Future plus Dubs, through Tabou I and Nite an Day, in Europe. In 1998 Pablo released a live album recorded in Paris, while on tour. Media 7 in France, and Heart Beat in Holland and Germany distribute this album.

To this date, Pablo Moses remains one of the most original, out- spoken roots reggae artists to be found. After more than 30 years, he is still throwing out lyrics that are sociologically, political and culturally connected. Pablo Moses has toured extensively in Canada, U.S.A. South America, Central America, Europe, Scandinavia and the Caribbean. Pablo is currently almost finished with a brand new, highly anticipated upcoming album. Pablo Moses is a teacher, father and a revolutionary who never, and will never, deter from his path as a spokesman for the poor, oppressed and underprivileged people in the world.